A typical Friday. Too many deadlines, too many phone calls, too many emergencies. Although a few of these deadlines and emergencies were the result of my representation of Contrax Industries, I was still looking forward to lunch with Contrax’s president, Rick Robertson. While Rick always attended to business, he was also a bit of a “rounder,” and damn proud of it. Given my rather staid sexual relationship with my wife, Anne, I enjoyed living vicariously through Rick’s exploits.
This lunch fit the normal pattern. Rick and I spent the first 45 minutes analyzing and dissecting the antitrust implications of a possible acquisition by Contrax. After beating that dead horse one last time, Rick ordered us a couple of Absolute Citron’s with soda and embarked on a recounting of his latest conquests.
“Married pussy!” Rick exclaimed.
“What do you mean, Rick?” The non-sequitor confused me.
“Married pussy is the easiest, hottest, wettest pussy in the world.”
“Rick, as a married man, I can speak with some experience and certainty on this subject. Married pussy is anything but easy, and rarely hot or wet.” My reply was authoritative, but in retrospect I led with my chin on this one.
“Bill, for such a smart lawyer whom charges $350 an hour, you’re a total dumbshit.”
I like Rick, but he’s also a bit abrasive and arrogant. Sometimes he can really push my buttons.
Rick continued, “when I speak of married pussy, I’m talking about fucking pussies that are married to other men. More times than not, a married woman is dying for a thorough fucking from a real man, not just the weekly ten minute diddle they’re used to from their husbands.”
“Well, I imagine that there are some dissatisfied wives out there, but as your friend and attorney, I strongly advise against propositioning married woman. You’ll end up with, at least a bruised cheek from her slap and, at worst, excruciating pain from her knee to your groin.”
Rick chuckled, but quickly dismissed my cautions. “Bill, you don’t even have a clue. In the past three months, I’ve approached eight different married woman, and I’m batting a thousand. I’ve concluded that there isn’t a married woman out there, who given the opportunity, would turn down a sexual romp with a good-looking man.”
“I don’t know what world you’ve been living in, Rick, but I suspect that if you approached any of the married women that I know your batting average would quickly drop to the point that you’d be sent back down to the minors.”
“Like who?” Rick stared at me confidently. I was totally dumbfounded. I didn’t expect to be challenged on this point. My mind went blank so I tried to avoid the question. “Look, Rick, you know damn well that there are so many frigid wives living in the suburbs that your theory can’t hold water.”
“Who?” Rick wasn’t going to let the question slide.
My mind was slowly starting to reason again. I didn’t really want to give Rick the names of any of the married women that I know. Rick’s the type of guy who jumps at every challenge. I certainly didn’t want him hitting on the wives of any of my friends. Common sense suggested that the safest thing to do was rely on my wife, Anne.
Anne and I have been married for twelve years, with two kids to show for the venture. Anne is not exactly frigid, but she’s also rather conservative when it comes to sex. Pretty much straight intercourse, with very rare oral sex, and certainly no anal. From the perspective of frequency, we will usually have sex 3 or 4 times a month. I knew that Anne would never stray. In fact, she was a virgin when we married.
“Well, Rick, like my wife, for example..”

You can imagine, I suspect what happens next. And no, he doesn’t fix the cable.

It is a sexy, straight-forward piece. You can find the rest of it here: http://www.textfiles.com/sex/EROTICA/0/4thring.txt, and probably many other places as well. He wrote another story, Insemination in September, which I can’t find anywhere online at the moment, but it wasn’t as good. The Fourth Ring though is a genuine classic. It was definitely a big influence on me at the time. As far as I know, those were his only two stories, but I’d be delighted to be corrected on that score.

Anyway, Hunter, wherever you might be, you have at least one fan out there who remembers your work fondly.

Just a quick note. I love the feedback I’ve been getting by email for Whatever It Takes. I’d been a little worried about how people would react to it, but so far most readers seem to have enjoyed it. If I may, though, I would ask readers who enjoyed the book to also leave a review on Amazon about it. There is a lot of, well, crap out there, and many potential buyers need reader reviewers to reassure them that a book is worth their time and money. I’m not looking for false praise. But if you did like the book, in addition to letting me know personally, I’d be grateful if you could also leave a review on Amazon.

Also, in the next few days, I am going to post links to some of my other favorite stories from the alt.sex.stories days from the 1990s, and I’ll give a shout out to my literary namesake… so keep checking in!

If you haven’t read my first book, Two Sides of Terri, yet, or if you have a friend that you haven’t quite been able to convince to buy it, there is a special offer going on for the next two days at Amazon.

Starting today, Terri will be on sale for just $0.99! It’s not a bargain, it’s a steal. Outright, no-kidding, grand larceny.

Get it here, get it now. http://www.amazon.com/Two-Sides-Terri-Ben-Boswell-ebook/dp/B00HSCMZTW

With Whatever It Takes finally out — I hear there are still a few copies available at Amazon 😉 — I figured I’d update folks about my other projects.

The first two things I want to mention are that I decided that I wanted to revisit some of my favorite old stories originally posted on Literotica. The first is The Crush. I wrote about this story in an earlier post. That’s one of those stories that I always felt turned out well, and yet could have been so much better. It is a pretty conventional cuckolding story, but isn’t rooted in humiliation, but rather in selfishness. And the main character, whose nickname is Annie thanks to a striking resemblance to a young Ann-Margret, has always been one of my favorites. For those of you too young to have any idea who Ann-Margret it, here’s a taste: 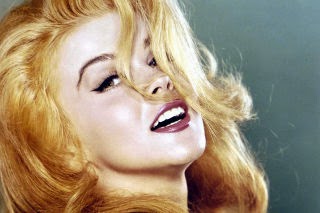 The second is a piece called Inception… It is also a cuckolding story and very much inspired by the movie of the same name. I’d always planned that one as a trilogy, so pulling it down from Lit and thinking about the second and third parts make sense.

I have two other pieces in the works, both of them much closer in tone to The Two Sides of Terri than Whatever It Takes. One is about two-thirds done. I really hope that have that finished, in draft form at least, within a few weeks. The other is still mostly in my imagination, but my imagination is almost demanding I make time for it immediately! Anyway, both stories are grounded, like Terri, in a relationship where both the husband and wife work to explore each other’s fantasies and needs, even when that causes more than a little angst.

And finally in terms of writing projects, Whatever It Takes was also conceived from pretty early on as a trilogy, but then again so was The Adventures of Buckaroo Banzai Across the 8th Dimension, until, you know, no one went to see it.

Anyway, lots of stuff in the works. I was pretty swamped at work these last few months, but will definitely be blogging more as well, so keep checking in for updates and other things, including a couple of unfinished pieces, false starts that never quite came together.

Also, if you did happen to read Whatever It Takes, and you liked it, I’d be delighted if you’d give me a review at Amazon. Those are more important than you can imagine to a book’s success. 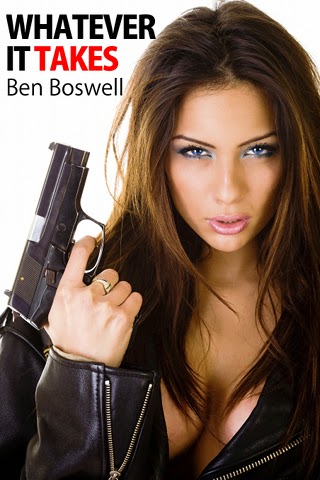 My new book is finally out. As I’ve mentioned several times, it is quite different from Two Sides of Terri, but I really like how it turned out. Description follows.

Daniel and Kris are as white bread as they come. Together since junior high, they have two kids, a house in the suburbs, and no excitements in their lives. Things change when Kris’ little sister Jessi moves in. Jessi is everything Kris isn’t, reckless, promiscuous, and mixed up with very bad people. As their two orbits intersect, Daniel and Kris get dragged into Jessi’s world of drug dealers, strip clubs, and prostitution. Can they survive the dangers? And even if they do, will their marriage?

Fueled by their love for each other, and drawing on a strength and resourcefulness they never realized they had, Daniel and Kris are desperate to recover their old lives. To do so, they will do whatever it takes!