Had quite a fun ride with my latest story — Midlife Glitch — a 20k word short about an older man and a younger woman. Reviews were generally good, although as expected a book about an affair between a 54  year-old man and a 18 year-old young woman triggered some people’s “ick factor.” Anyway, the story sold like nothing I’ve ever written before. It surged to #1994 in the paid Kindle store, which is pretty amazing for me.

And that brought me into the top 100 erotica authors on Amazon for the first time. I think I topped out at #82 or so. Didn’t get a screen cap of that number, but anyway, trust me on it.

So, I guess I get to call myself a bestselling author now?

But the weird thing is that I have no idea why this book sold so much better than the others. I have a couple of new things in the works — including an interracial, wife-sharing that I am quite happy with. So I guess we’ll see if my success with Midlife Glitch carries over.

You can, as always, check out all my books at Amazon: http://www.amazon.com/Ben-Boswell/e/B00HSM15SY/

And if you have any idea why Midlife Glitch did so well, I’d be delighted to hear it.

But here’s the thing. Their conclusion about why lesbians are cool is that, “they must just sit around all day practicing with each other what they’d do to their boyfriends.”

That’s funny for about a dozen reasons, not the least of which is the idea that lesbians are particularly concerned about boyfriends. But it does capture a germ of the male fantasy, which is that women (or girls at the age) spend most of their time together in sexual experimentation. I mean, what else would they be doing?

I didn’t have the heart to burst their bubble by pointing out that just as the boys don’t spend their time sexually experimenting on each other, the girls probably don’t either. Well, that and the fact that I sort of still have a secret hope they do. I mean, when my wife goes “running” with her girl friends, maybe they are just using it as an excuse to go off together, get naked and…. 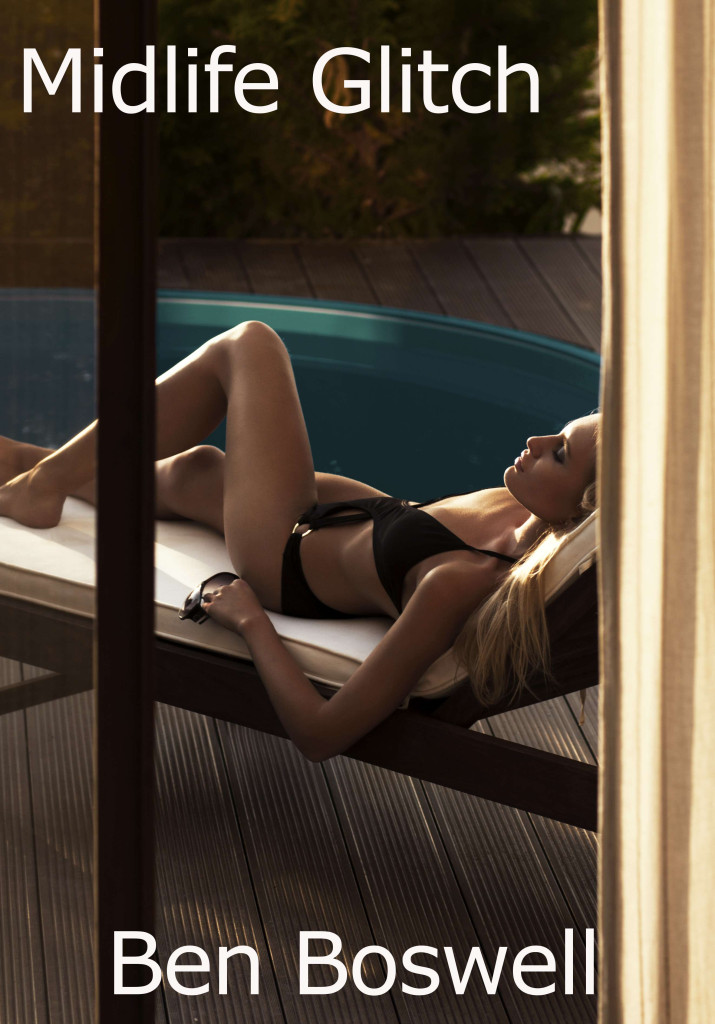 Dan is fifty-four, married, semi-retired, and an empty nester. Ashley is eighteen, blond, beautiful and the daughter of Dan’s best friend. She’s in town pursuing an internship. They have nothing in common except a sudden, burning attraction that risks destroying everything around them if they give in to temptation.

When a family emergency sends Dan’s wife half-way across the country, he is left to grapple with his lust for his inappropriately young houseguest. But Ashley has her own needs and desires, and in the end, attraction can’t always be contained.